I wrote a piece on famed Baltimore photographer, Devin Allen, and the relationship between Art and Activism.

Read about it at QuirkyBrownLove!

“Therefore, I tell you, her many sins have been forgiven—as her great love has shown.” – Luke 7:47

I recently wrote a short story about 3 generations of women, sins, and atonement. It’s up on Catapult, check out an except below. As always, I love to hear your feedback:

There was banging at the door. It rattled the hinges and shook the frame. It scared the birds nestled in the oaks, and for one imperceptible moment it made the cicadas pause their screeching. The banging persisted for a while before rousing Mama Harris, but Jayda jolted up on the couch immediately. It had been two months since Jayda’s mother sent her to spend the summer with her great-grandmother and she still wasn’t accustomed to the sound of Mama Harris’ door rattling all hours of the night. Jayda heard the floorboards creak and saw the shadow of Mama Harris holding her lantern as she waded through the darkness. She could see the tall broad woman in her night gown and head rag. She looked tired, worn, like old age was a ten ton burden weighing on her shoulders. Her eyes were rheumy and sagged in the wrinkled pouches of her skin. But no matter how old or how tired, she always answered her door.

Mama Harris could see the silhouette of a woman from the sheer curtain over the door’s window. She knew it was a woman because they were the only ones to knock on her door. She pulled back the curtain, and held up her lantern. The woman’s head was shielded in a floral veil, but Mama Harris could see the left eye that was swollen shut and the reddening bruise across her cheek. Those scars were no stranger to her, neither was the face behind them. The sight of the woman made Mama Harris’ spine stiffen. She hadn’t seen her since she’d run off with the man Mama Harris warned would only bring her trouble. And while she had grieved heavily for the girl, she extracted some peace in her absence. With her gone Mama Harris could forget her previous sins and bring an end to her private penance. But now the woman was back banging at Mama Harris’ door. Surely this was God calling for her atonement, but God had come at an inopportune time. She resolved that if she couldn’t bargain for an extension she’d use everything in her natural power to snatch it.

“Boil some water and fill the basin,” Mama said over her shoulder to Jayda. The woman starred into the eyes of Mama and halted her banging.

“Mama,” the woman whispered in a choked voice.

Mama Harris opened the door and the woman stumbled in.

#WomenWritersWednesday is a docu-series that explores the inner lives of women writers. Writers discuss everything from inspiration to writing processes to inherited gifts.

Dramaturge and writer, Lenora Inez Brown shares why writing is horrible, the challenges for creators of color on the theatre, and what dramaturge do. Brown has published two books: The Art of Active Dramaturgy: Transforming Critical Thought into Dramatic Action, and,  New Play Development: Facilitating Creativity for Dramaturgs, Playwrights, and Everyone Else. She has also written several articles and chapters. She has been a guest dra­maturg for the Sundance Theatre Lab 2000 and 2001, the Southern Writer’s Project at Alabama Shakespeare Festival, the Kennedy Center’s Youth and Family Program’s New Visons/New Voices and the Cleveland Play House. 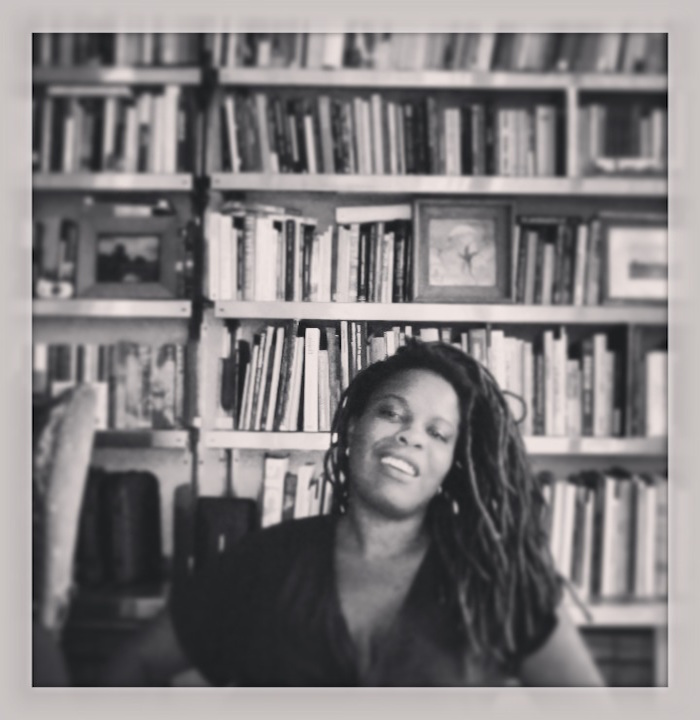 bell hooks wrote in her book, remembered rapture: the writer at work:

“Whenever I meet black females who have compelling visions, who have knowledge of our collective buried to share or moving personal stories, I urge them to write. I plead with them to put it down somewhere in journal and diaries, just put it somewhere […] We write to leave legacies for the future.”

My piece on Rachel Kaadzi Ghansah ( @the-rachelkaadzighansah) and the Necessity of the Black Woman Critic is an urgent echoing of hooks’ words to many of the black women writer/critics from across the diaspora. While I couldn’t name you all, I hope you accept this as a token of my appreciation for the work you do in capturing our varied histories and legacies. May you, please, continue on writing it down.

You can read my latest for Blavity, Here